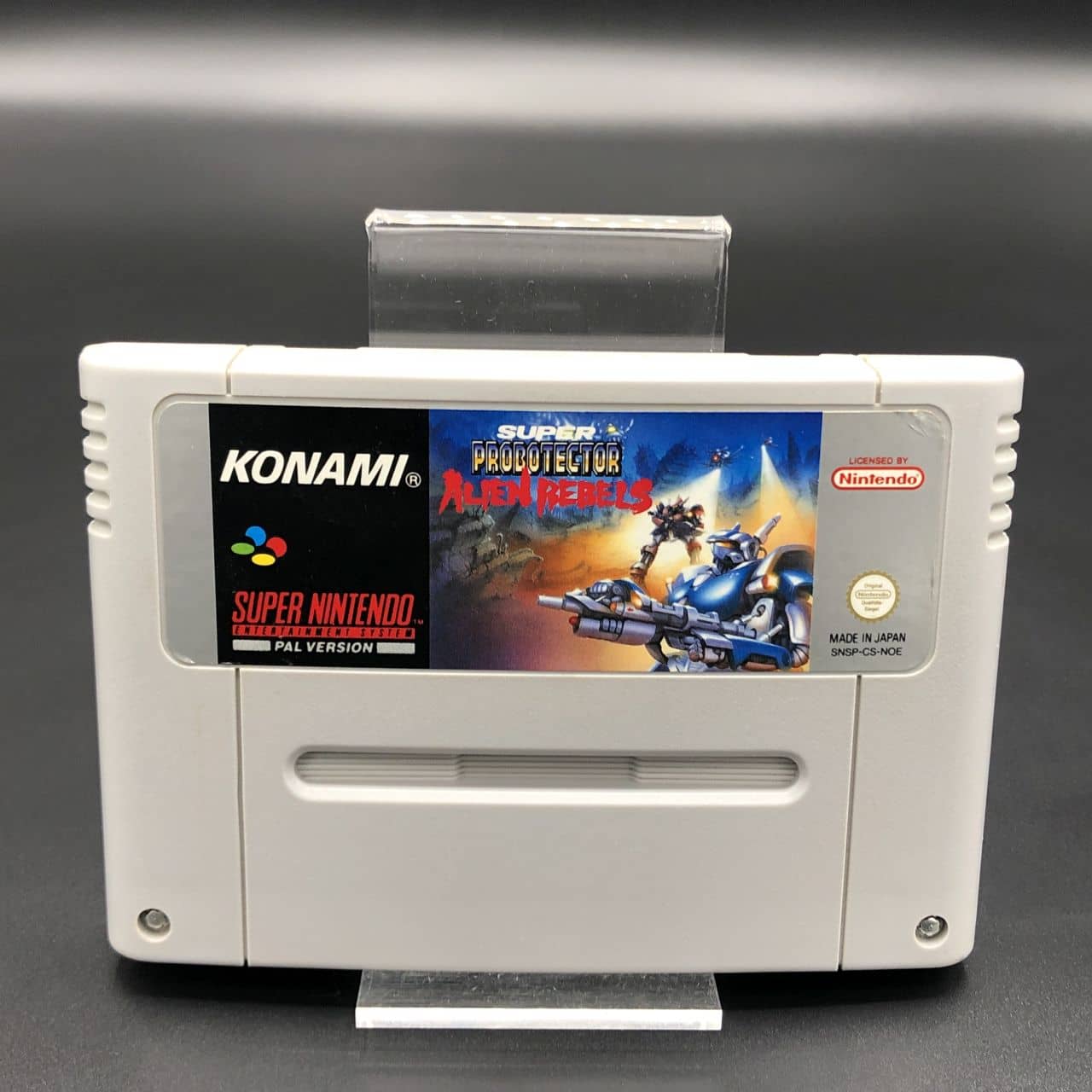 It's world payback time and the infamous red falcon is here to collect!

Welcome to 2636, the year the Notorious One gets even, with an unprecedented alien onslaught orchestrated to push 16-bit technology and its commandos to their ultimate reaches.
Plunge through a molten hot massacre on a high speed voyage to the guts of the archenemy alien. Scope out the side and top perspectives and backgrounds that do a 360 to engulf you in 3-D sensation. Pick off solar slimedogs like the Mutant Megasquitos and the Psycho Cyclers while you scale over walls. Swing through six gut splitting stages, including the Battle of the Blazing Sky and the Mucho Grande Badlands.
The graphics are so real the explosions will nearly knock you off your feet. And the Boss Enemies are so gigantic, your screen can hardly hold them. You'll need to wrap both hands around artillery powerfull enough to make today's weapons look like squirt guns. The Contra legacy is alive and dangerous!