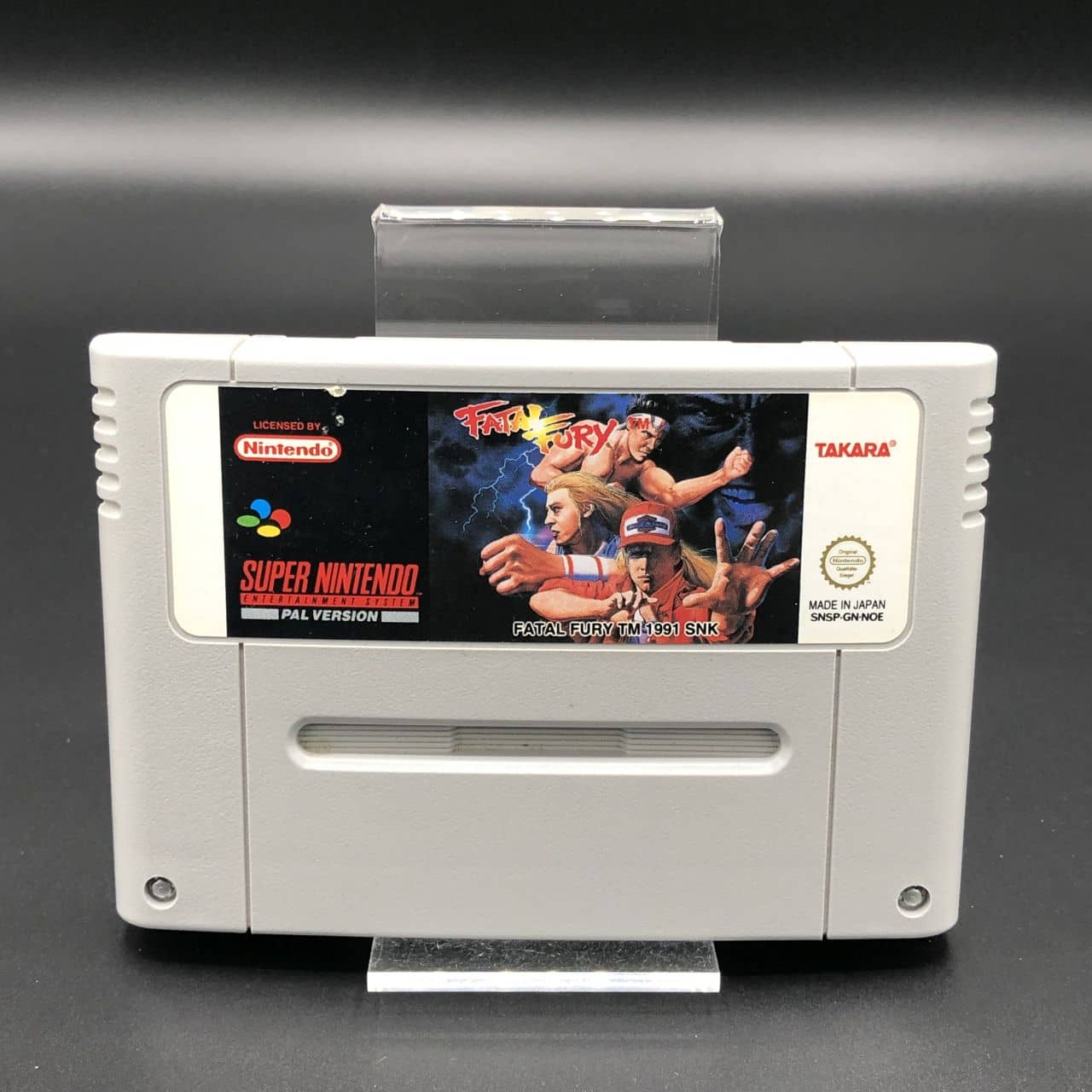 Produktnummer: SNESPAL-116.1-MOD-G
Produktinformationen "SNES Fatal Fury (Modul) (Gut) Super Nintendo #2"
The King of the Fighters Tournament is not for the weak. Choose among 11 strong and powerful fighters - defeat all comers and take home the Championship. As Joe Higashi, Terry or Andy Bogard, it's your mission to defeat the evil and sinister Geese Howard - who holds all of Southtown City in his grasp. Use your special skills and lightning fast reflexes to advance through the many stages of City Streets.
Along with mighty skills and magical powers, you have a true heart and the power of good at your side. Strike hard until all have been defeated. For only through fierce combat can you be browned the King of Fighters.