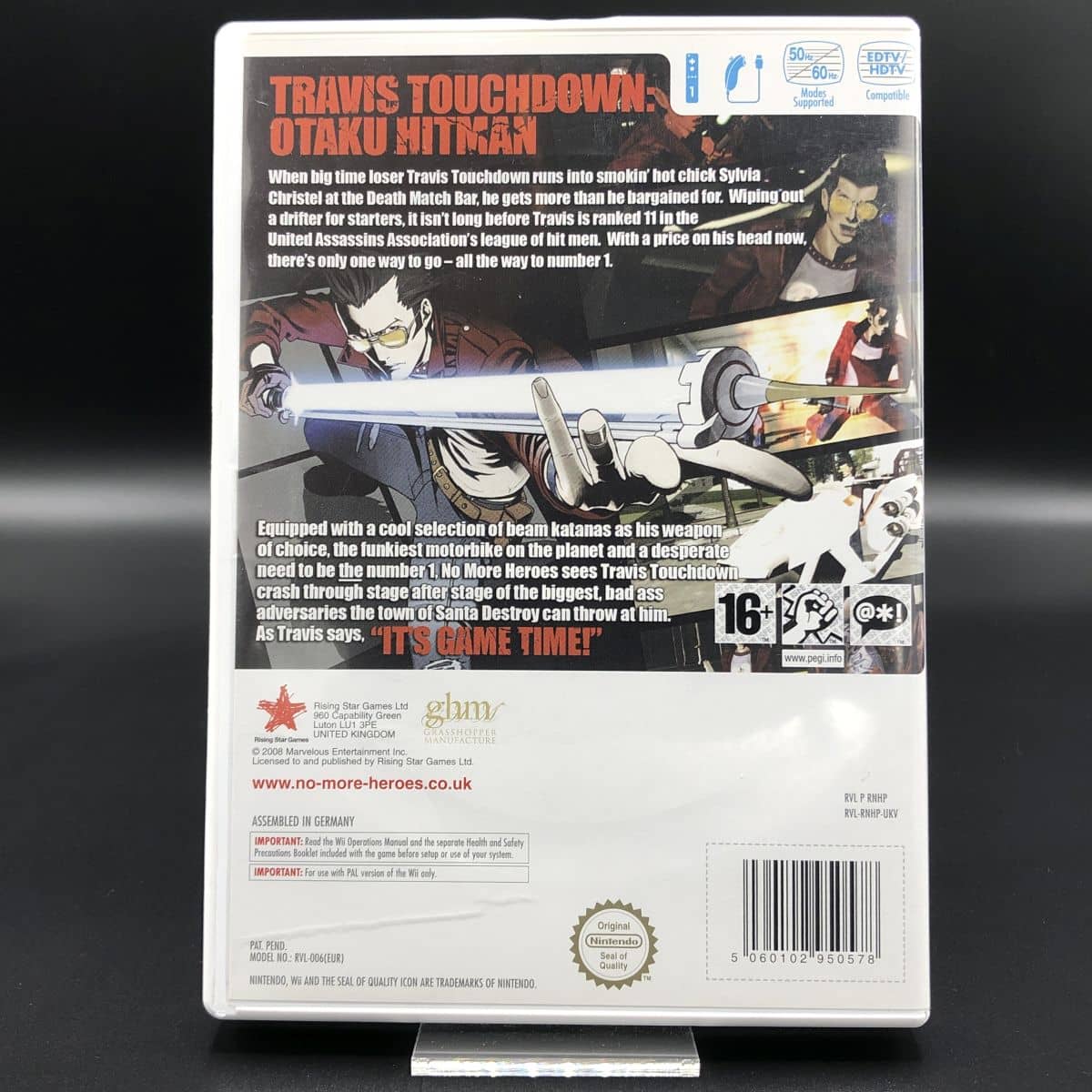 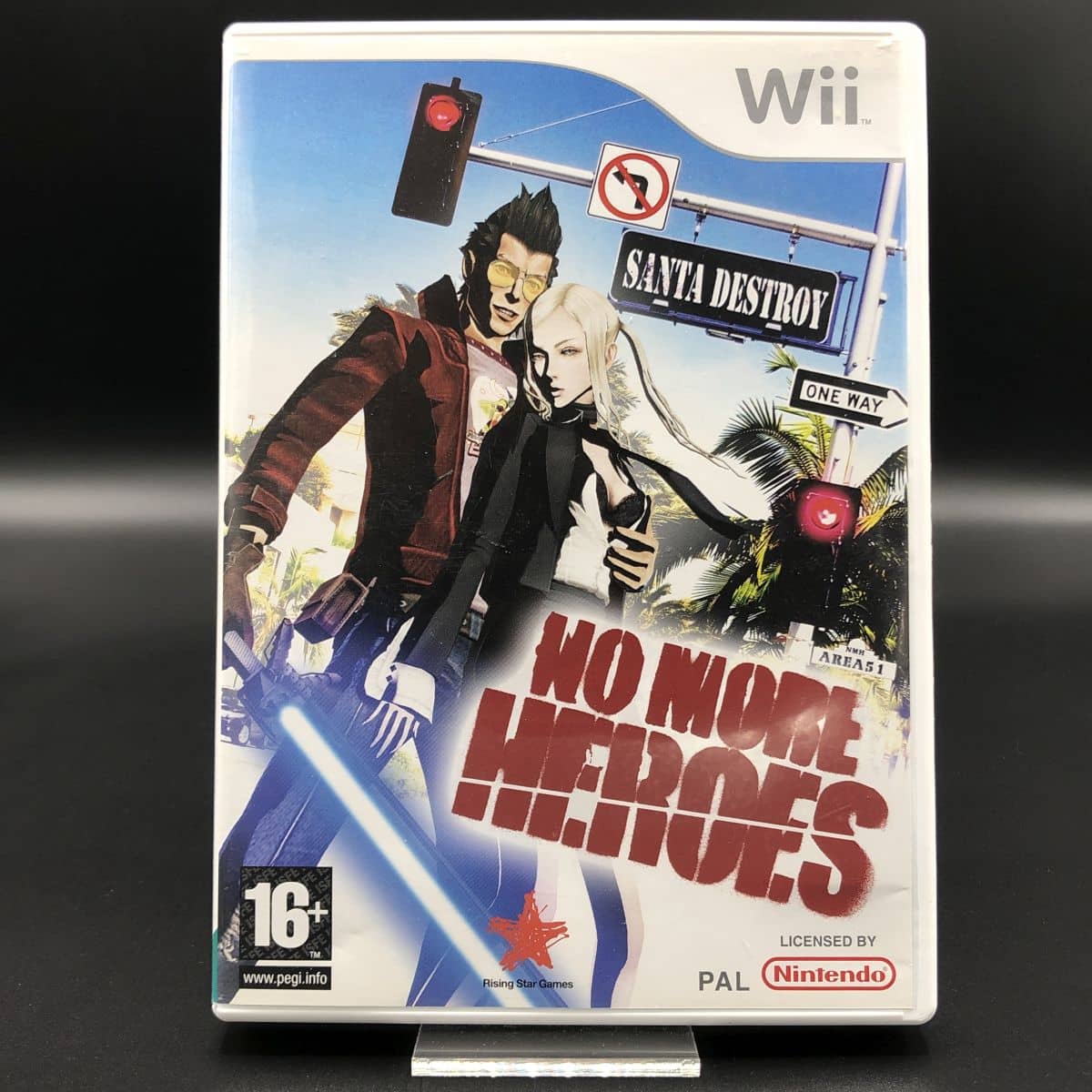 Produktnummer: WIIPAL-0660-KOM-G
EAN: 5060102950776
Produktinformationen "No More Heroes (Komplett) (Gut) Nintendo Wii"
Travis Touchdown: Otaku Hitman
When big time loser Travis Touchdown runs Into smokin' hot chick Sylvia Christel at the Death Match Bar, he gets more than he bargained for. Wiping out a drifter for starters, it isn't long before Travis is ranked 11 in his head now, there's only one way to go - all the way to number 1.
Equipped with a cool selection of beam katanas as his weapon of choise, the funkiest motorbike on the planet and a desperate need to be the number 1. No More Heroes sees Travis Touchdown crash through stage after stage of the biggest, bad ass adversaries the town of Santa Destroy can throw at him.
As Travis says, "It's Game Time!"