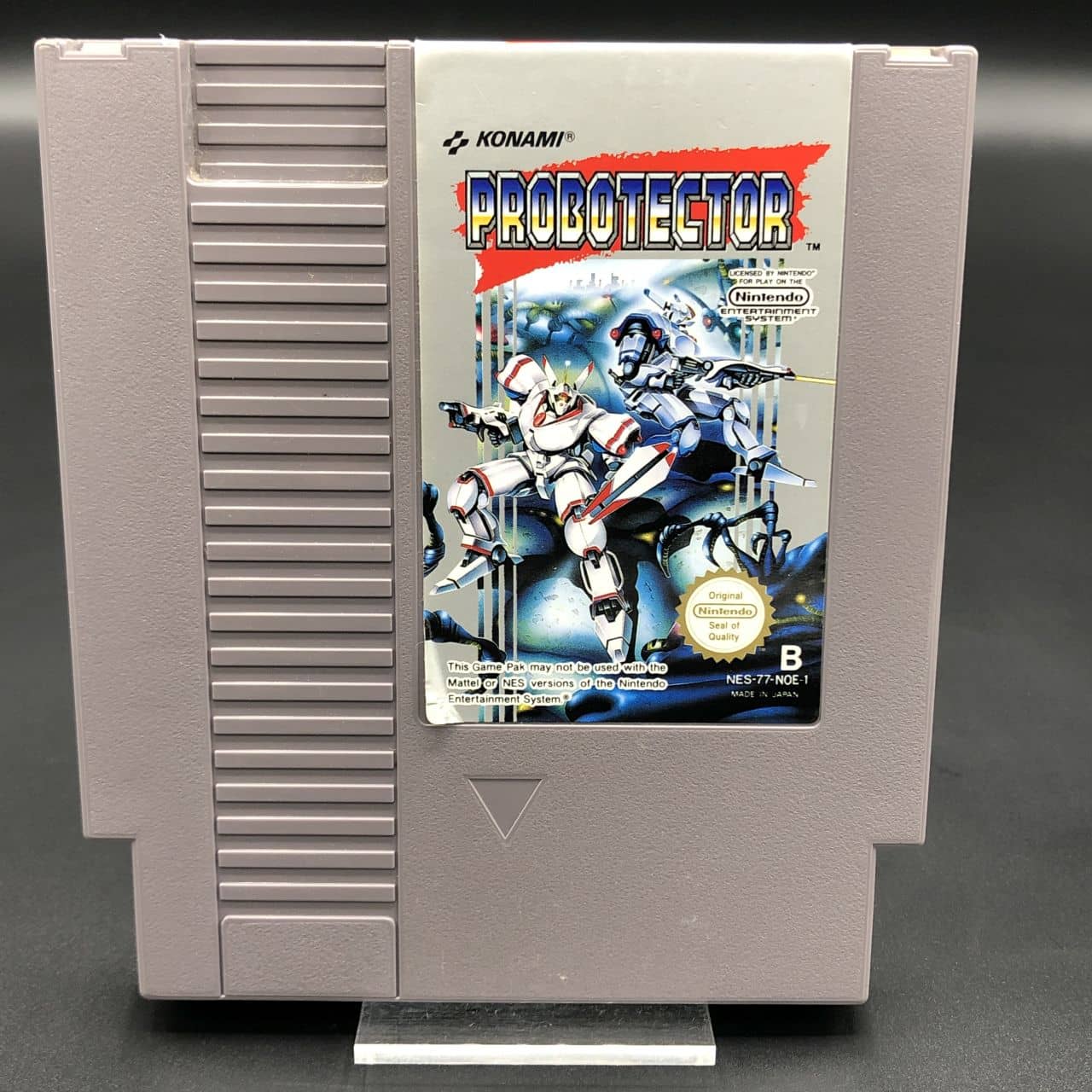 Pitted against the galaxy's fiercest foe, you either win or the whole world loses.

It's the year 2633 A. D. Technology has reached a level so advanced that nature and science now exist in harmony and peace reigns throughout the world.
But beneath the calmness something beyond all imagination is discovered that threatens the existence of mankind. While conducting top secret research, a special task force of scientists find that an alien being from the Galaxy of Apocalypse is plotting to wipe out the human race. In order to protect the Earth and its people, two combat robots (Probotector), RD008 and RC011, have been developed. Their mission is to go to the alien's fortress in the Galaga Islands and see that they are exterminated.