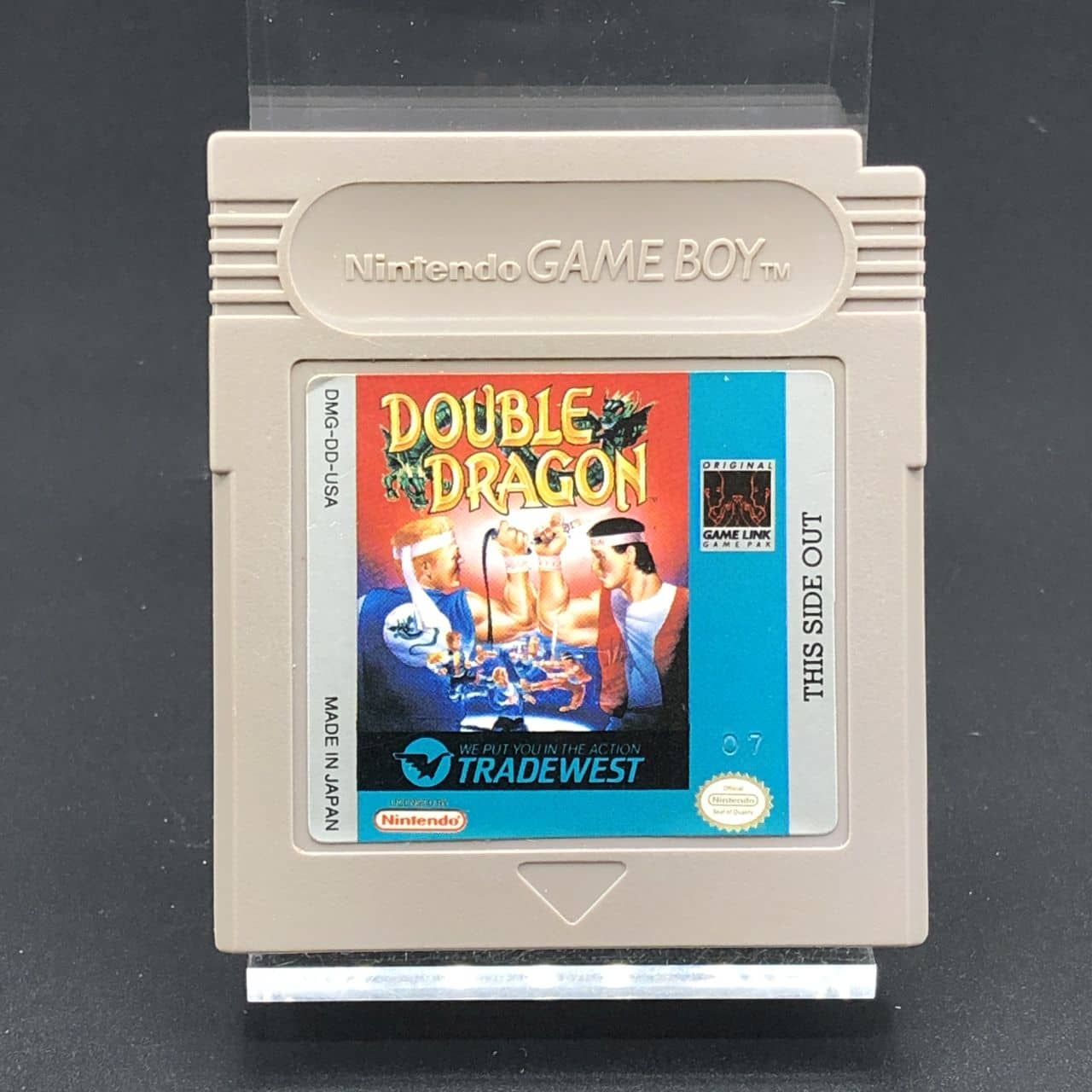 Produktnummer: GBPAL-095-MOD-G
Produktinformationen "GB Double Dragon 1 (US) (Modul) (Gut) Nintendo Game Boy"
New Double Dragon for Game Boy lets you get into the video action wherever you go.
All the fast-paced Ninja-fighting excitement of the original Double Dragon for NES now goes as far as your imagination can take it.
Help Billy fight his way through the slums, factories, and wooded outskirts of the city to rescue his girlfirned, Marion, who has been kipnapped by the mysterious Shadow Boss's deadly Black Warriors.