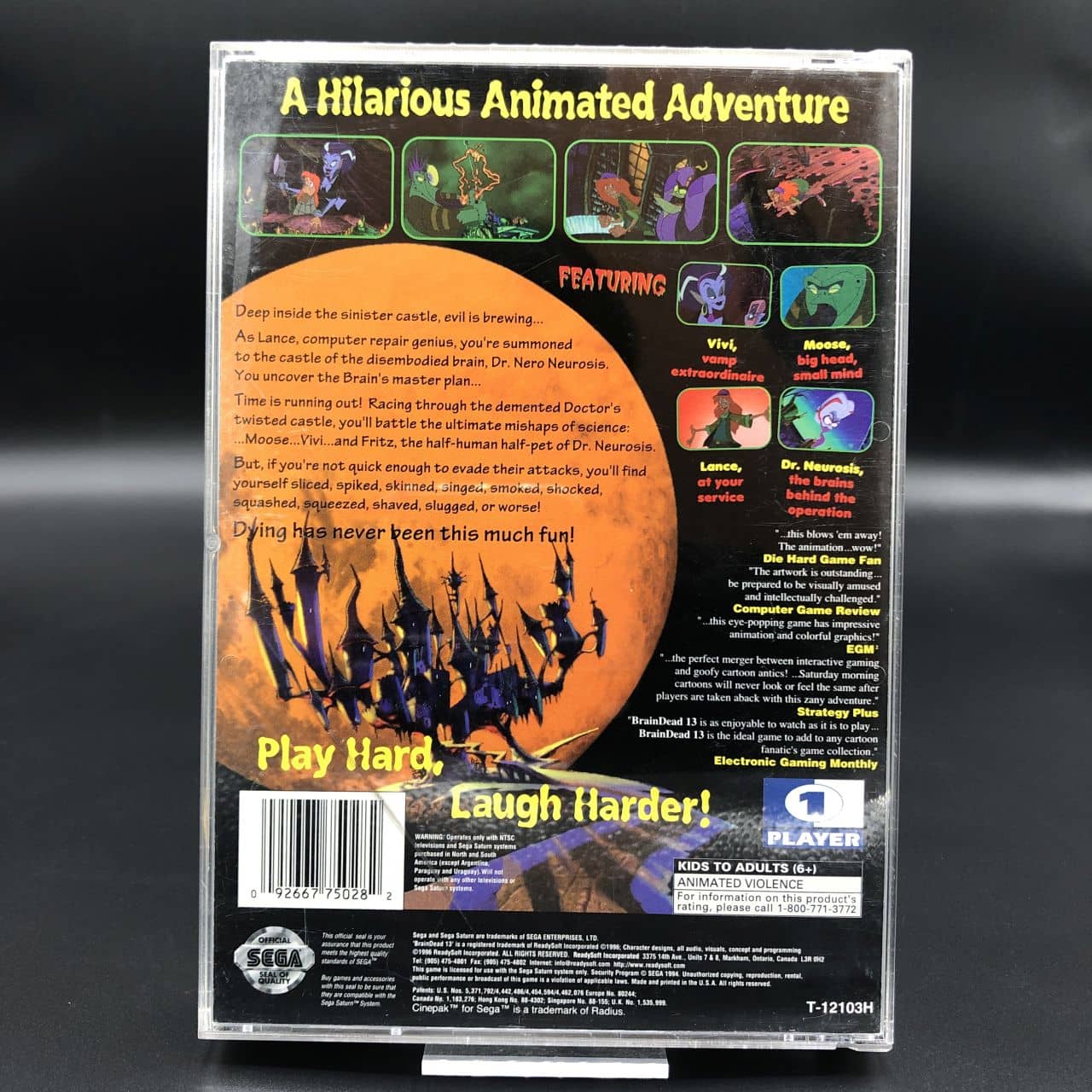 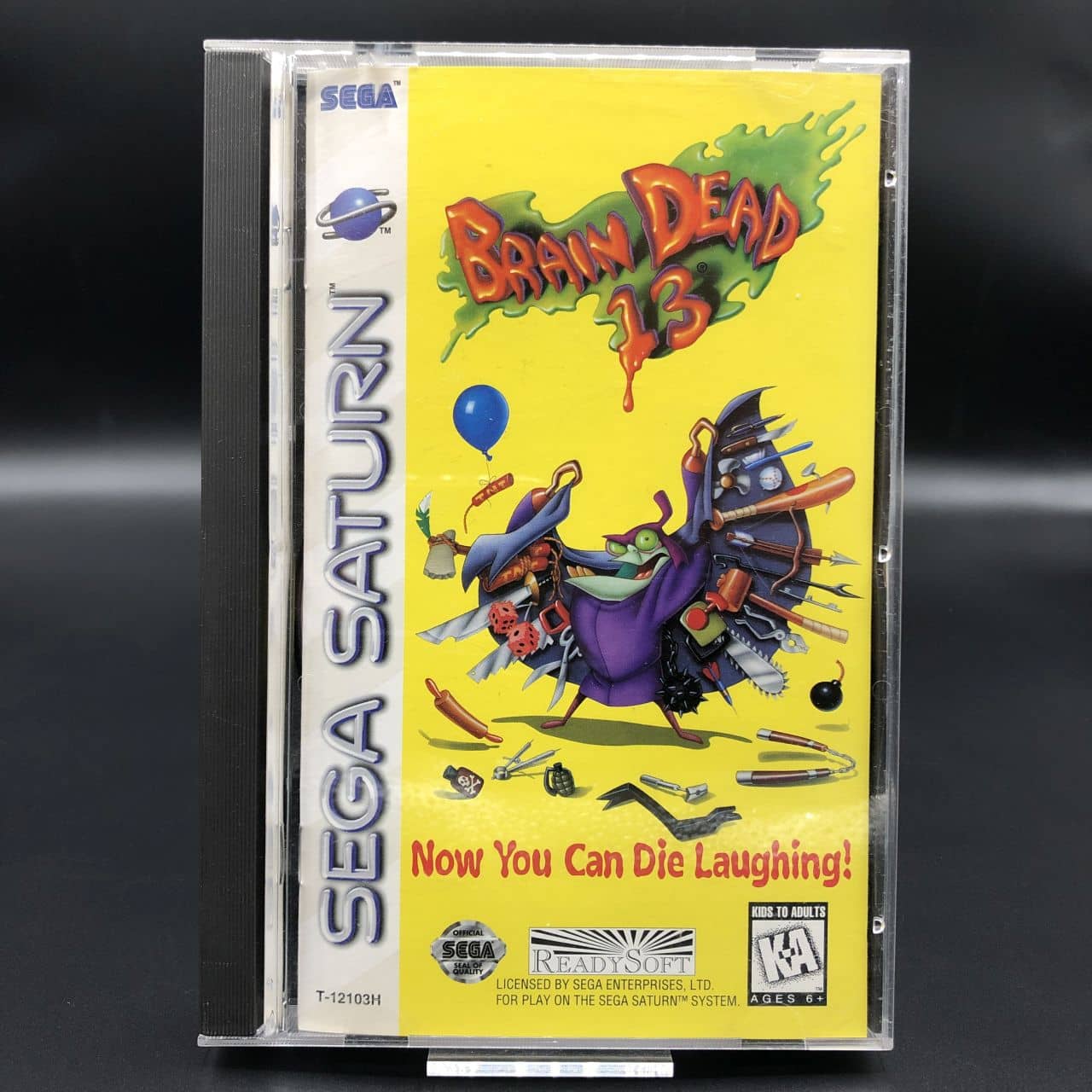 Deep inside the sinister castle, evil is brewing...
As Lance, computer repair genius, you're summoned to the castle of the disembodied brain, Dr. Nero Neurosis. You uncover the Brain's master plan...
Time is running out! Racing through the demented Doctor's twisted castle, you'll battle the ultimate mishaps of science: ...Moose...Vivi...and Fritz, the half-human-pet of Dr. Neurosis.
But if you're not quick enough to evade their attacks, you'll find yourself sliced, spiked, skinned, singed, smoked, shocked, squashed, squeezed, shaved, slugged, or worse!
Dying has never been this much fun!